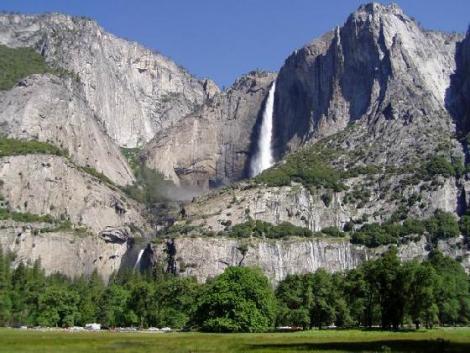 [This is a re-repost from a blog I did for Tunes Alive sometime in early 2012, it has been on the Tunes Alive blog for a while but we're in the process of moving that content and didn't want to lose this piece. In many ways it is more relevant today than it was back then. Unfortunately some of the links no longer work but I left them in anyway...]

How do you place a measurable value on music? Thanks to a tweet from Hypebot I came across an interview with Spotify’s Daniel Ek on Grammy.com, posted in early February. Aiming to keep this post shorter than my last; I won’t dwell beyond this paragraph on how awkward it is for Grammy, the self-appointed standard bearer for artistic expression in music, to be asking anything of Ek. Shouldn’t it be the other way around? Representatives of music distribution services should interview Grammy insiders about trends in popular music – to gain insight into the creative forces behind music. Or not. Anyway, the interview was pretty typical Ek; Too focused on technology and consumption for my tastes. He is the future as he sees it. Best to read it for yourself though.

I’m trying not to be a Spotify hater. It has done a lot to innovate in the music space – especially on the consumption side. The social integration part is well-executed, though it too has its detractors. I have met some of Spotify’s developers, ran into them at an industry conference hosted by Amazon. They are nice folks, very enthusiastic about advances in local network caching and reduced edge-server latency. They are also particularly fond of that “bringing the pirates into the light” narrative. The story about how people do not need to torrent/file-share/steal music anymore, thanks to Spotify. It seems to come up a lot. It is probably in their welcome packet for new employees. Whether or not they are misguided is debatable, but they certainly aren’t all bad. Spotify is not the “Death Star”, back to destroy what’s left of the music industry. It also isn’t the industry’s savior, it is no Luke Skywalker, if you will.

Finally getting to the point here, there was one passage from the Grammy interview that stuck with me. I meant to write a post about it weeks ago, but it sort of fell off my radar (I am trying to build a business over here) until I read another article posted on Hypebot: Gavin Castleton’s “The Fallacy of Music Like Water.” It reminded me of what bothered me with Ek’s quote:


“Creating a record is really about three core components. The first thing is creating the actual record. It used to be really expensive to do that and now, really, anyone can record a record, even [in] their own homes. The second piece is that it used to be really expensive distributing the record, and now with iTunes, Spotify and other services, distributing another digital copy basically doesn’t cost anything.”

There is a problem with how he places value on music and it is evident in the language he uses. Castleton’s  piece is a great examination of this very phenomenon. The notion “anyone can record a record” because it is less expensive to do so is an utter fallacy, to borrow the term. What Ek is saying, is that because recording technology has become so readily accessible to home-studio musicians (a group to which I belong), making music is easy and therefore less valuable. This sentiment informs his decisions on how artists should be compensated for their recorded works. It is bullshit.

Ek’s assertion is analogous to saying that the advent of word processors meant “really, anyone can write a novel.” His saying it is analogous to the guy selling books he printed off of the internet. An even sadder comparison could be made to the state of the photography industry. Now that everyone has a digital camera, on their person at all times, I don’t need to bother pointing mine at Yosemite falls next time I go for a hike. With so many image search options, it is that much easier to illustrate a point on, say, a music blog.

In truth, anyone can write a novel. Anyone can record an album. Everyone has taken a photo. However, recording the work to fixed medium is only the last stage in the creative process. Battlefield photojournalists, and those naturalists that wait in trees for weeks to photograph a rare species, come to mind. Music isn’t like water, and it isn’t just “sound” to be captured and distributed by technology. The music that most of us find worth listening to required a great deal more work than that.

If Ek meant to say that advances in recording technology have democratized the act of recording music to a fixed medium, he’d be 100% right. He didn’t. If he was sincere about building a business around supporting the creation of music, he wouldn’t be giving such a raw deal to independent musicians. Instead his business is a showcase of how to monetize technology and industry connections. We shouldn’t begrudge him that, but we should take it into consideration when weighing the value of his opinions. After all, thanks to WordPress.org,  anyone can build a website.